AUDITIONS FOR THE TIK-TOK MAN OF OZ ARE NOW OVER

Clockwork Productions presents the vintage stage musical of THE TIK-TOK MAN OF OZ. This musical was written by L. Frank Baum, author of THE WIZARD OF OZ, as a sequel. It was successfully staged in Los Angeles in 1913, then toured the USA and Canada through 1914. A cast of engaging and diverse fantasy characters travels from the Land to Oz to the underground Metal Forest and over the rainbow in a fast-moving story sprinkled with magic and romance. Our production includes the complete surviving original score, which ranges in style from tin pan alley to operetta.

ACTOR AND SINGER AUDITIONS:
Friday, April 4, 2014, starting at 6:00 pm
APPOINTMENT REQUIRED. TO SCHEDULE YOUR APPOINTMENT E-MAIL YOUR RESUME AND HEADSHOT TO
Be prepared with a one minute song and/or a one minute monologue. A CD player and an iPod dock will be available. No a capella singing.
A pianist will be available if you bring full musical accompaniment—no fakebooks.

AUDITION, DANCE CALL, AND CALLBACK LOCATION:
Infinity Dance Arts, 1075 Broadway, El Cajon, CA  92021
Please bring a current copy of your resume and headshot if available, as well as your calendar through August 9, 2014. All conflicts will be required to be listed on the audition form.

REHEARSALS:
First read-through will be Wednesday evening, April 16.
Rehearsals will be held at Infinity Dance Arts, 1075 Broadway, El Cajon, CA  92021.
Just prior to the performance, the rehearsal location will change to the performance space at the Town and Country Resort Hotel and Convention Center, 500 Hotel Circle North, San Diego, CA 92108.


SHAGGY MAN, male, Baritone/Tenor, age 20-40 – amiable tramp from Colorado in search of his long-lost brother, takes life as it comes


OZMA the Rose Princess, female, Soprano II, age 18-30 – fairy princess who longs to be restored to the kingdom that cast her out, in love with Private Files


POLYCHROME the Rainbow’s Daughter, female, Soprano II, age 18-30 – rainbow fairy fallen from her bow to wander the cold earth, but happy to flirt with Ruggedo the Metal Monarch


TIK-TOK the Clockwork Man, male, Baritone, age 18-35 – mechanical man wound up with a key, ever ready to render faithful service as long as he doesn’t run down


QUEEN ANN of Oogaboo, female, Soprano II, age 35-65 – battle-axe out to conquer the world with her small army, and in search of a husband


RUGGEDO the Metal Monarch, male, Bass, age 35-65 – blustery ruler of an underground kingdom, filled with hate for surface-dwellers, but with a soft spot for Polychrome the Rainbow’s Daughter 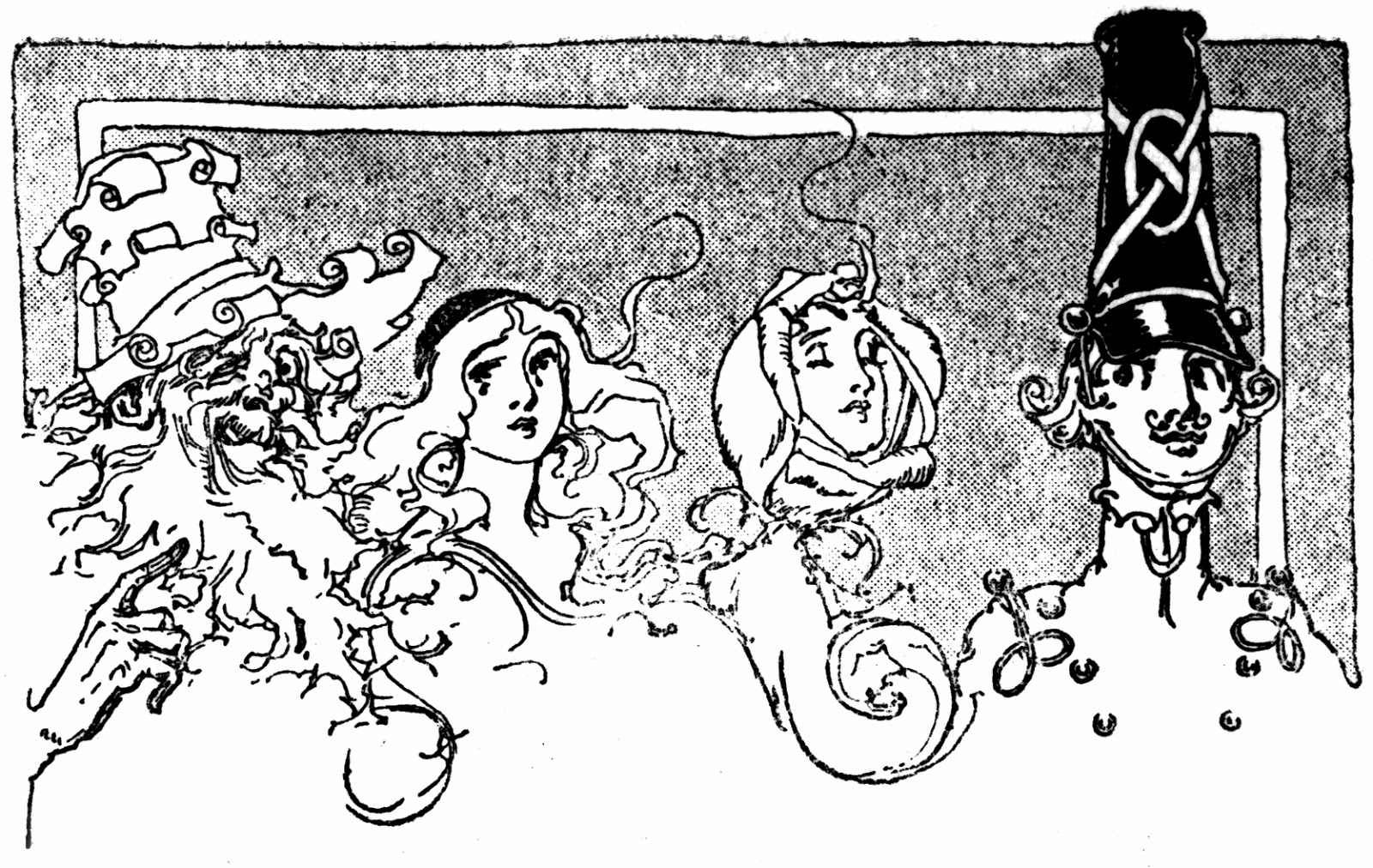 
The following three excerpts from L. Frank Baum's script for The Tik-Tok Man of Oz are presented here to give a flavor of the show. You don't need to learn these lines to audition.

BETSY:
This hothouse is devoted ’specially to roses. They’ve turned me out, and I ’spect they’ll turn you out too.

SHAGGY:
Nothing ever turns out the way you expect. (Points to mule.) Who’s your friend?

SHAGGY:
They call me Shaggy Man. Lost the family bible and can’t remember what I was christened. Very young at the time.

BETSY:
How did you happen to stray into these gardens?

SHAGGY:
Looking for brother. Brother and I owned a mine in Colorado. Scooped out gold nuggets by the pail-full. Oh, joy! One day I left brother digging in the mine. When I came back he was gone—the mine was gone—everything gone. Oh, gloom!

SHAGGY:
Couldn’t understand it at first. Then I found, on the spot where the mine had been, an asbestos letter. Here it is. (Hands piece of asbestos to BETSY.)

BETSY: (Reads)
“This mine is mine so I’ve taken it away to my underground kingdom and with it the audacious mortal who was robbing me of my gold. Let this be a warning to mankind not to interfere with the rights of, Signed, Ruggedo, the Metal Monarch.” Goodness, me! Who’s this Metal Monarch?

SHAGGY:
He didn’t give his address.

BETSY:
Is your brother still in his power?

SHAGGY:
Sure thing. Brother’s broke out of jail seven times, but the Metal Kingdom must be too strong for him. Never mind. I’ll find brother some day.


QUEEN ANN OF OOGABOO:
My brave boys, we’ve come all the way from home, seeking adventure, and your advent hasn’t turned up any excitement so far.

That’s not my fault.

Be respectful! Or I’ll dock your pay.

You can’t dock mine, Your Majesty!

Because I don’t get any pay. All I get is promises. This life is not what I expected when I enlisted.

What did you expect?

But that would be wrong. If that’s what you want you ought to get a job in the stock-yards.

You won’t, Private Files. You’re the only army we have, so you may as well be resigned to your fate, for it’s the only resignation I’ll accept. But there’s another reason.

A soldier’s chief duty is to win the hearts of women. But I don’t want it.

I’m going to command you to marry me and become my royal consort.

Where can you find another victim to take my place as private?

Can’t I hire another private?

Listen then! Here we are in a foreign country. It looks prosperous, so we’ll conquer it and divide the spoils.

But you mustn’t hurt anybody.

I will! I will! I’ll kill, slay, murder, butcher—anything for excitement!

Why don’t you marry me?


SHAGGY: (To TIK-TOK)
I want to find the way to the kingdom of the Metal Monarch.

TIK-TOK: (Always speaks in monotone.)
I know the ras-cal. He threw me in the well.

TIK-TOK:
It’s love that makes the wheels go round.

SHAGGY:
You mean the world go round.

TIK-TOK:
I mean what I say.

SHAGGY:
Tell us, then; which road leads to the Metal Kingdom.

(As TIK-TOK mumbles incoherently all shrink away from him.)

OZMA:
Wind him up, Betsy! Quick!